YouGov latest polling shows that Malaysian voters are deeply worried about the Covid-19 situation in the country, and that most believe the Government is handling the pandemic poorly. 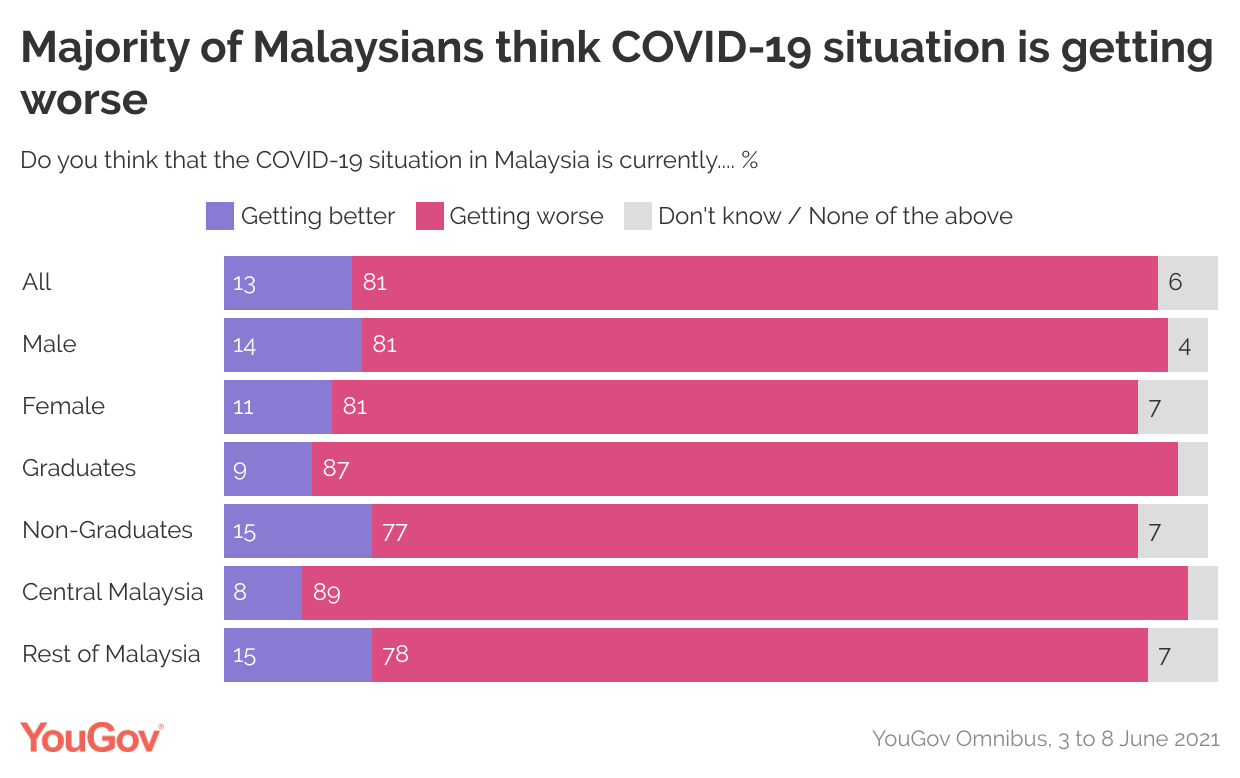 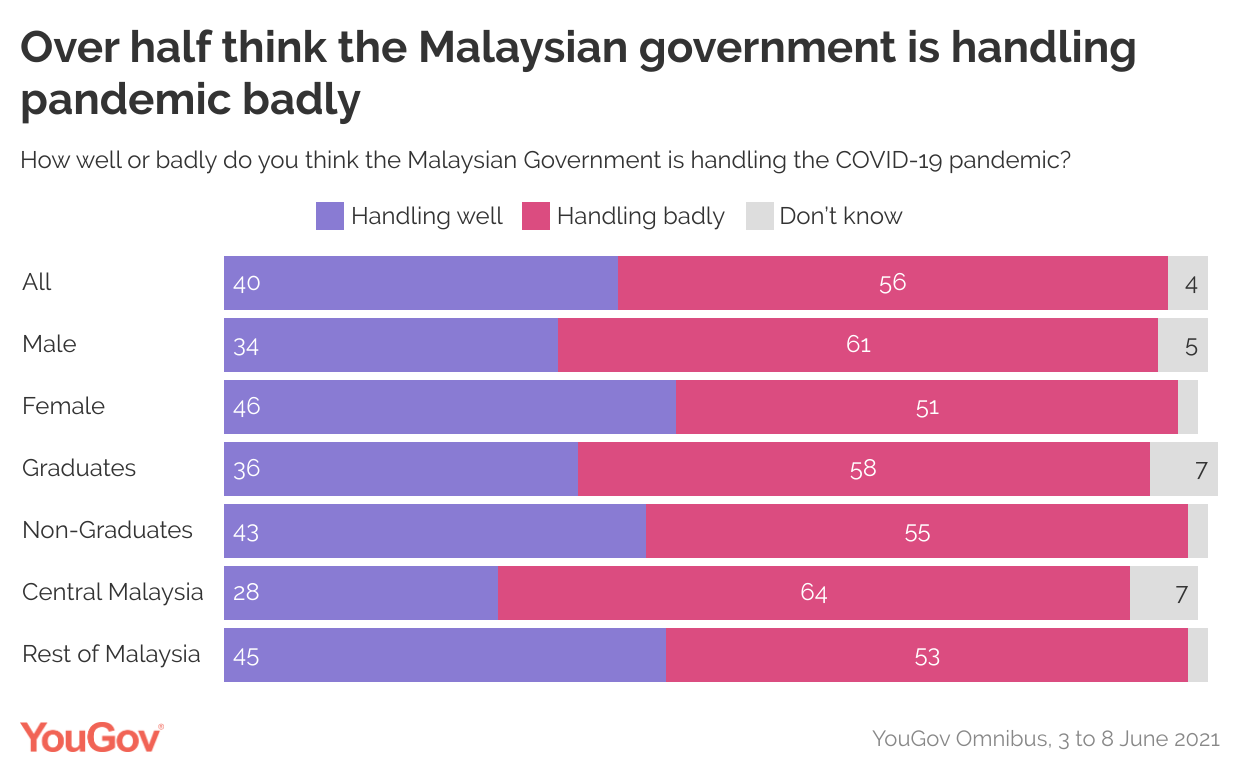 The Covid-19 situation is causing political problems for the Malaysian Government, to the point where just a third of Malaysia’s voters (34%) believe that the Perikatan Nasional Government led by Tan Sri Muhyiddin Yassin deserves to be re-elected. Almost six in ten (55%) believe ‘it’s time to give someone else a go’ while 11% are on the fence. 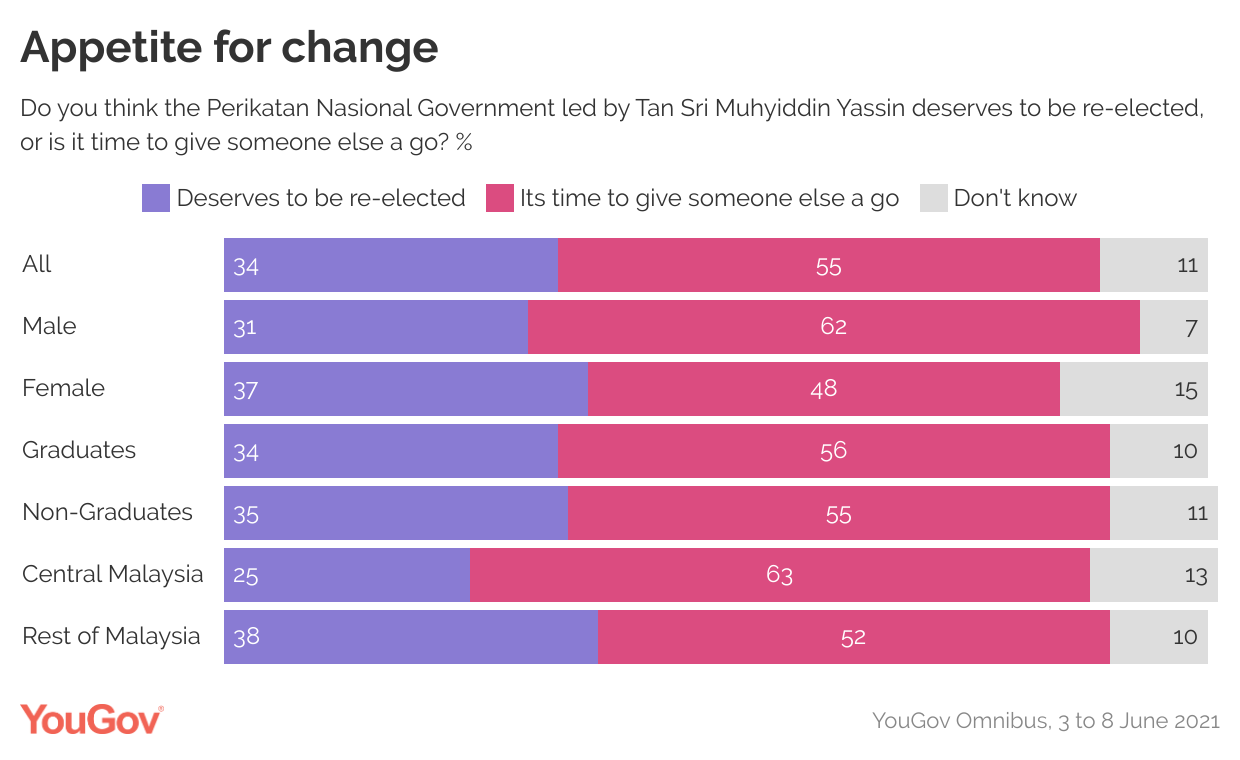 YouGov Head of Public Affairs and Polling Asia-Pacific Dr. Campbell White says, “The Government’s decision to ask for a state of emergency to be declared and to suspend parliament effectively meant they took the responsibility for the Covid-19 response entirely on their own shoulders. The worsening situation – something by no means unique to Malaysia during this pandemic – is testing the political goodwill extended to most other ruling parties globally”.

***Results based on 1,031 Malaysian Citizens polled by YouGov from 3 to 8 June 2021. The data weighted to ensure representative by race, age, gender and location.