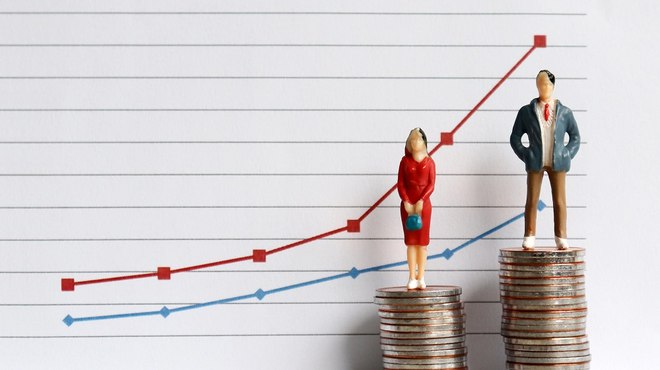 by
Kim Ho
in
Economy & work

Men and women have differing views on closing the gap

According to a report released by the Department of Statistics Malaysia, women are paid about 21 percent less than men. Latest YouGov research finds out what Malaysians understand about the gender pay gap, and what they think about it.

Although three in five (62%) of Malaysians claim to have some understanding of the term gender pay gap, the majority (71%) were unable to correctly identify the definition of it – that is, a gender being paid less on average than another as a whole. Only three in ten (29%) were able to select this definition. Over half (55%) thought the term meant a gender being paid less than another gender for doing the same job. The remaining one in seven (15%) didn’t know altogether. 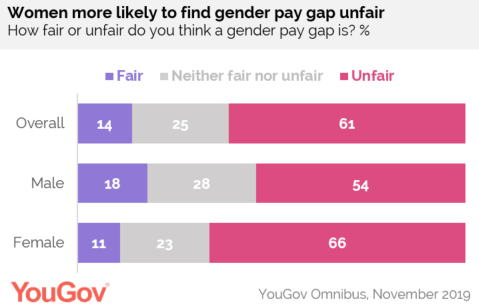 Although three in five (61%) agree that a gender pay gap is unfair, this view again, differs depending on gender. Two thirds (66%) of women find it unfair, compared to over half (54%) of men. Conversely, one in seven (14%) think a gender pay gap is fair, with men much more likely to think so than women (18% vs. 11%). The remaining quarter (25%) of Malaysians are undecided. 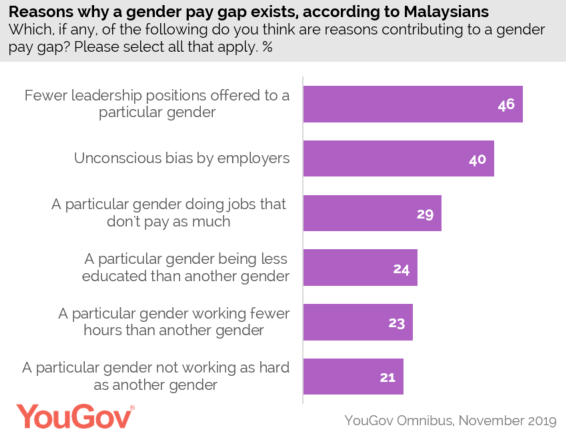 Jake Gammon, Head of Omnibus APAC at YouGov commented: “When it comes to discussion about fair employment practices, the topic of gender pay gap often crops up. While studies have proven a gender pay gap exists in Malaysians, it appears that not too many understand what this means. What is clear though is the difference in views between men and women about the topic, with women finding the issue more unjust and more pressing.”

***Results based on 1,087 Malaysians surveyed by YouGov Omnibu