by
Kim Ho
in
Education & parenting

A quarter unwilling to hire someone without a university degree

Overall, six in ten (62%) Malaysians find their degrees ‘very useful’. A third (35%) find them somewhat useful, and the remaining 4% find them useless.

The vast majority (97%) of graduates agree that having a university degree is important. Assuming the position of an employer, a quarter (23%) would be unwilling to hire someone without a university degree. Two in five (40%) would be willing, and the remaining third (37%) thinks it makes no difference. 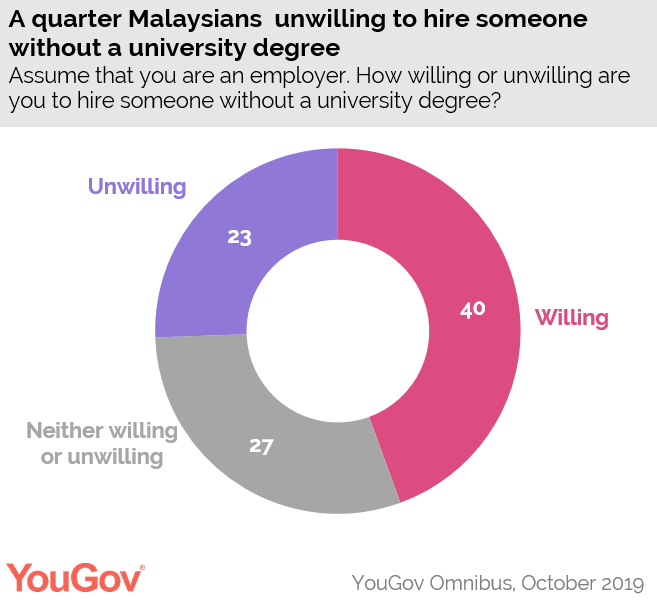 Jake Gammon, Head of Omnibus APAC at YouGov Omnibus commented: “For those currently figuring out which field of study to go in to, it could be comforting to know that it might be unrelated to one’s future career. No matter what field of study, almost all graduates agree a university degree is important, and a significant percentage would be unwilling to hire someone without one.”

***Results based on 692 Malaysian graduates surveyed by YouGov Omnibus