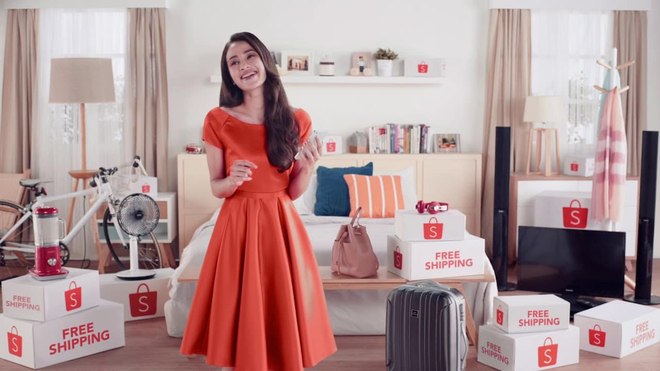 The e-commerce carrier heads the list with a score of 77.2, underscoring Malaysian consumers’ purchasing habits shifting to shopping online. The top three is rounded out by Chinese electronics manufactuer Huawei (77.0) and Singaporean national carrier Singaporean Airlines (76.7). 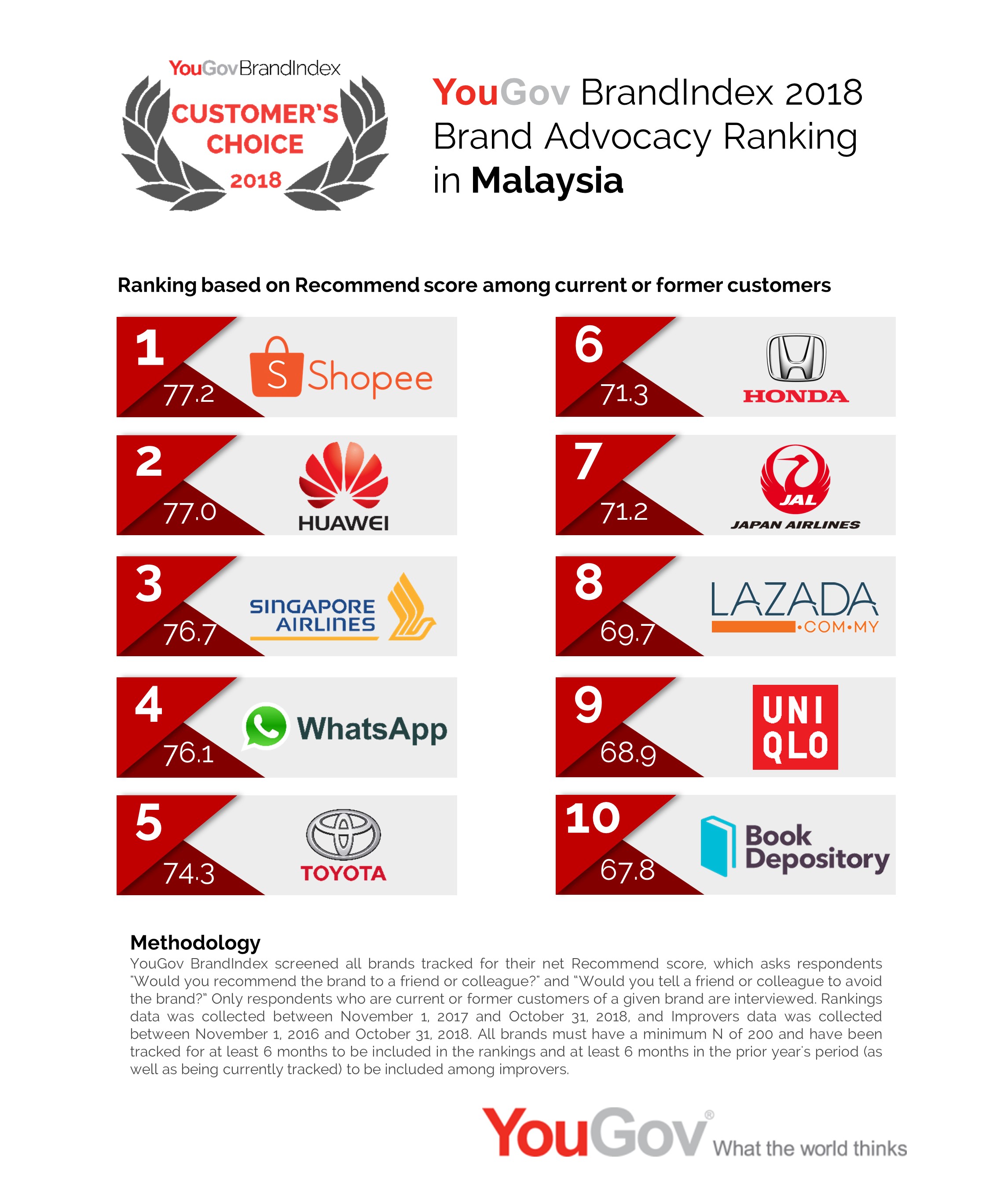 Other e-commerce platforms also feature prominently, with Lazada in eighth (69.7) and Book Depository in tenth (67.8). The list is completed with instant messaging platform WhatsApp in fourth (76.1).

YouGov also shows which brands have the most improved levels of customer advocacy. Shopee not only dominated the top ten, but has also shown the most improved score (a rise of +14.6 points). It is ahead of Malaysian autmotive manufacturer Perodua (up +12.0 points) and subscription video-on-demand platform Netflix (which improved by +11.2 points).

Ervin Ha, Head of Data Products commented: “Shopee is a clear favourite amongst Malaysians, with their fun ads, and promotion such as their recent 11.11 big sale. While Shopee might have the strongest advocates of any brand, but it’s Japanese brands that are most recommended amongst Malaysians. Be it automobiles or airlines, Japanese brands have won over consumers and their vote of confidence”.

The YouGov BrandIndex Brand Advocacy Rankings were calculated by measuring recommend scores among each brand’s customers for the twelve-month period through October 2018. Scores are calculated by subtracting the negative responses from the positive responses.  Respondents were drawn from YouGov’s online panels of 6 million consumers across 38 markets. The index looks to give brands a good indication on how well or poorly they have been doing in terms of their customer service, as well as quality of services and products provided.