The research shows that almost four of ten (38%) Malaysians support the proposed new national car initiative which is mooted to launch by 2020. One in four (25%) oppose the project while the remainder (37%) are unsure. The government believes the plans could revitalise the Malaysian car industry.

YouGov’s data finds that lower earning Malaysians are more likely than those on higher incomes to support the project. While three in ten (29%) Malaysians earning RM10,000 or more are in favour of the plan, this figure rises to 46% among those with an income of RM 1,999 or less. Furthermore, Malaysian Malays and Malaysian Indians (44%) are also more supportive of the project than Malaysian Chinese (24%). 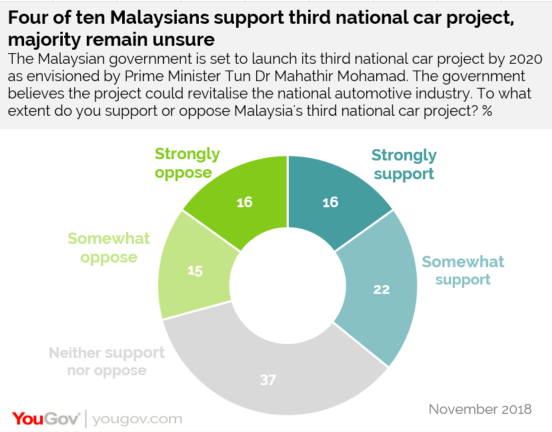 The research shows that the two current state-run Malaysian car brands – Perodua and Proton – both enjoy high levels of public recognition. Perodua is the most well known, with approaching nine in ten (87%) Malaysians being aware of the brand, closely followed by Proton (86%). Privately-owned Naza is the third most well-known (61%), followed by less recognised local car brands Inokom (36%), Bufori (8%), and TD2000 (8%). 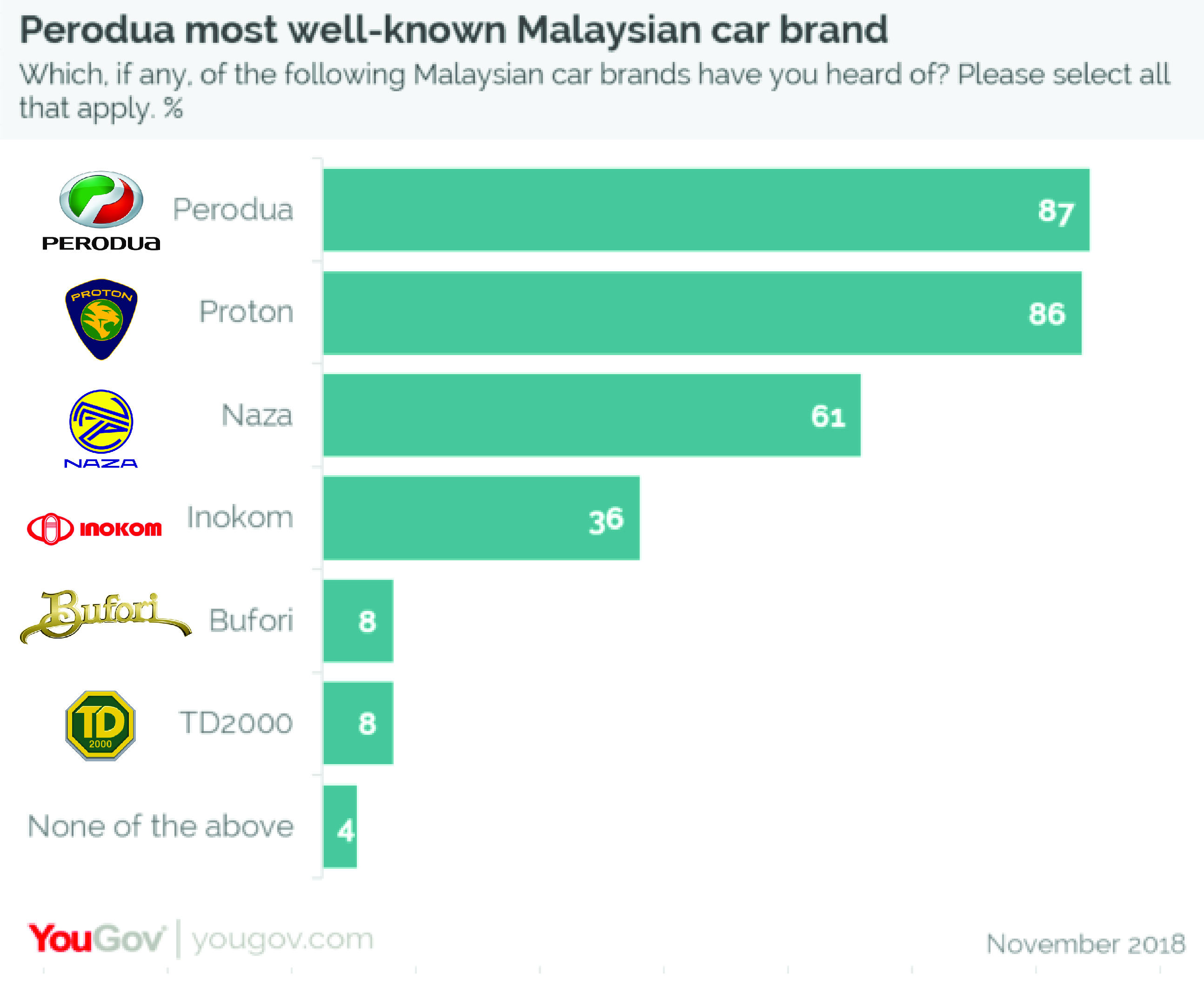 Eight in ten (81%) Malaysian car-owners have a Malaysian-built vehicle, with Perodua being the most popular (49%), followed by Proton (42%).

Jake Gammon, Head of YouGov Omnibus APAC: “Malaysia’s national car project is an ongoing endeavour that has its citizens divided. While there might not be overwhelming support for a third national car project, our data suggests this could be due to the overall satisfaction and success of the two existing ones.”

We asked what would encourage Malaysians to purchase a Malaysian car. Of the twelve factors listed, the thing most likely to encourage them to buy a Malaysian car would be for them to be available at a better price (75%). This is followed by lower maintenance costs (65%) and the greater availability of spare parts (48%). Other factors taken in consideration when buying a Malaysian car include national pride / patriotism (24%) and better brand prestige (15%). 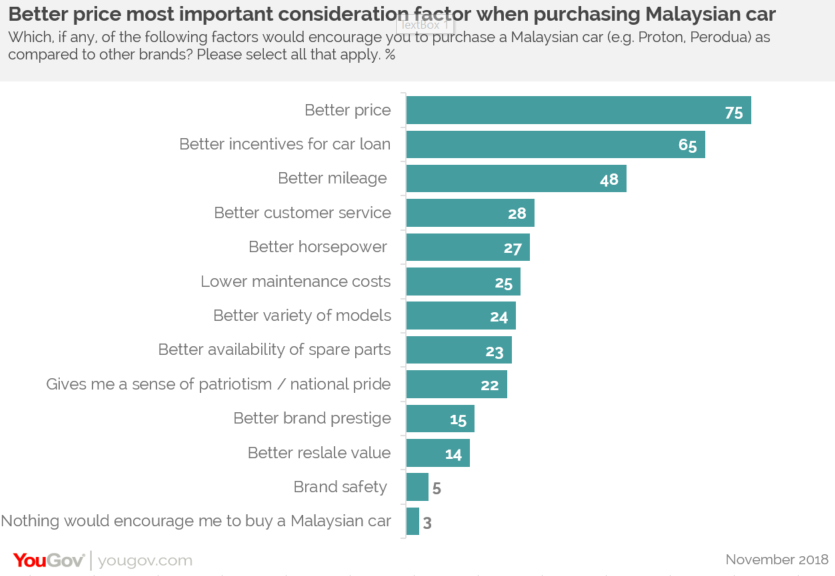 *Results based on 1,012 Malaysians surveyed by YouGov Omnibus