Malaysia Social is seen as the most respectable online dating platform

One of the founding ideas of the internet was its potential to eradicate isolation, and yet some people claim it has achieved the opposite. In terms of romance the story is more promising – it might never have been easier to find a date, and as social stigma around internet dating fades there's every reason to believe the trend will continue.

52% of Malaysians know at least one couple who met online

New YouGov research reveals the scale of the phenomenon in Malaysia. As many as three in ten (29%) Malaysian have used internet and online dating apps. This rises to a third among millennials.

Yet six in ten millennials also say they would be embarrassed to admit that they had met their partner through online dating/apps. A fifth (18%) of baby boomers say the same. However, 45% of all respondents say they would not think of a couple that met online any differently. 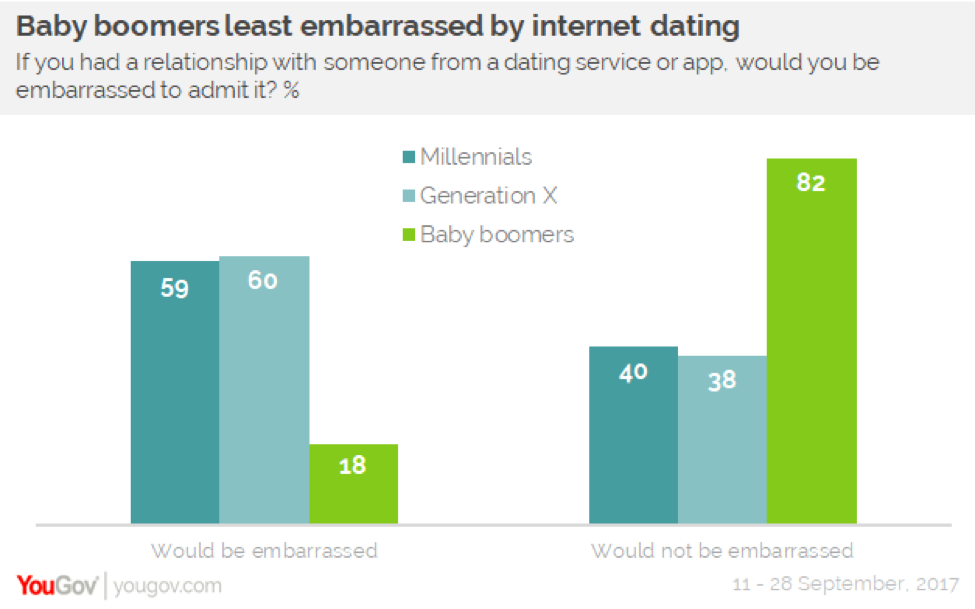 Malaysia Social, Malaysia Cupid and Tinder are the clear favourites in Malaysia, all scoring among the highest for both fame and respectability. Overall, approximately six in ten respondents have heard of these services. Malaysia Social has the best reputation among those who have ever used online dating services, with 37% saying that it is considered respectable. Just 14% consider to be not respectable, giving it a net score of +23 – the highest among all apps featured in the survey.

The services that are least well recognised among all respondents are also seen as the least respectable among those who have used online dating services, suggesting that popularity is key to success in the Malaysian market. The lowest scorers in both fame and respectability include Happn, Skout and Twoo. 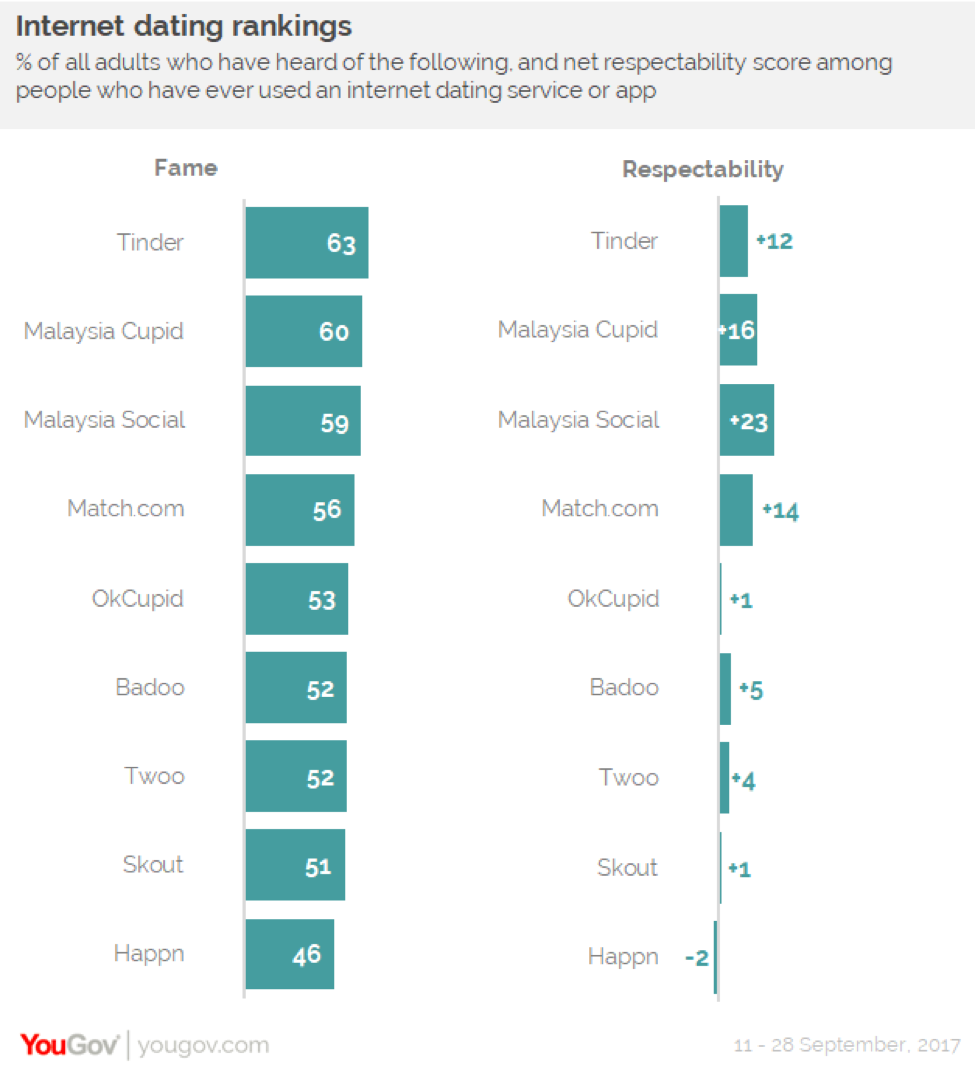 Online dating is worth $2.2 billion in America alone, and Tinder boasts 26 million matches a day. With nearly three in ten Malaysians (29%) saying they would rather meet their future online than offline, internet dating platforms have seemingly come a long way in shaking off their stigma.

*Data was collected online between 11 and 28 September 2017 using YouGov’s panel of over 5 million people worldwide. It was weighted to be representative of the online population. Sample size: 1,058